A machine gun container integrates a well-known 12.7mm caliber. Equipped with standardized mounting lugs, it can be installed on helicopters, as well as on other aircraft intended to provide close air support to ground forces. 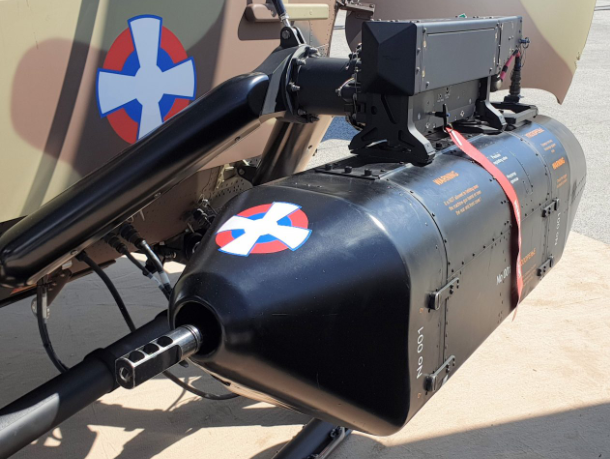